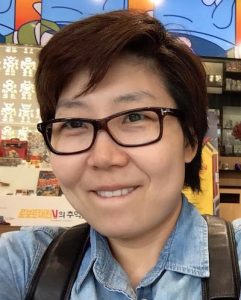 Sound Designer Sun Hee (Sunny) Kil, originally from South Korea, is celebrating her tenth year in the United States! First earning an MFA in sound design at the University of Cinncinnati, College Conservatory of Music, she then spent five years on the faculty of the University of Central Oklahoma. In 2014 she was appointed assistant professor, Department of Theatre Arts, at SUNY New Paltz. Her sound design credits range from the musicals Caffeine at the Roppongi Blue Theatre in Tokyo, Japan, to Flipside at 59E59 in New York City.

Manhattan Repertory Theatre featured her original compositions in their production Removal. Solitary Musicians, a musical she created and designed for 202 Productions in Seoul, was a finalist at the Uijeongbu International Music Theatre Festival and was invited to perform at the first Maronnier Festival in 2011.