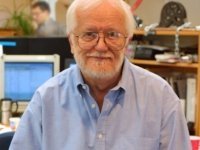 Richard is a pioneer of modern stage lighting in Britain and his work has been seen in London, New York, Paris, Berlin, Vienna and Moscow. He was the first British lighting designer to design the lighting for a Broadway musical, Zorba. He was the lighting designer of the Hal Prince hit revival of Show Boat on Broadway (Drama Desk Award, Outer Circle Critics Award-lighting), in Toronto (Dora Award – Outstanding Lighting) and on tour throughout the US (NAACP Award for Lighting).

In 2016 Richard lit the 60th Anniversary production of My Fair Lady, directed by Dame Julie Andrews, at the Sydney Opera House. Richard Pilbrow also lit the Cy Coleman musical The Life, for which he received a Tony Award nomination. He was lighting designer for Our Town with Paul Newman at the Westport Playhouse, on Broadway and for a hi-definition video for PBS. In 2006 Richard was lighting designer (with Dawn Chiang) on the USA National tour of The Boy Friend for Goodspeed Summer Musicals, for which he also lit Where’s Charley? and Very Good Eddie.

During the 1960’s and 70’s the Theatre Projects Lighting design team grew to include such luminaries as Robert Ornbo, Robert Bryan, John B. Read, David Hersey, Andrew Bridge, Graham Large, Benny Ball, Steve Kemp, Molly Friedel, Nick Chelton, Durham Maranghi, Nigel Levings and others; many of whom began as Richard’s assistants.2007/10 productions included a new full length ballet for American Ballet Theatre “The Sleeping Beauty” (with Dawn Chiang) designed by Tony Walton, at the Metropolitan Opera House; “The Tale of Two Cities” — a New Musical at the Hirschfeld Theatre in September 2008; and “Candida” at the Irish Rep, directed and designed by Tony Walton in March 2010.