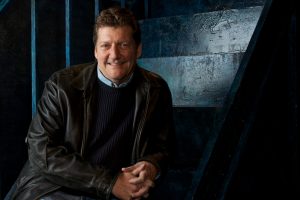 Off-B’way works include: The Kid at The New Group, Tin Pan Alley Rag, Never The Sinner, Landscape of The Body at The Signature Theatre, Sinatra at Radio City Music Hall, Radiant Baby at The Public Theatre and Batboy-The Musical.

Extensive Regional and dance works include over seventy pieces for Parsons Dance which he co-founded with David Parsons, Whistle Down The Wind at The Kennedy Center, Kander and Ebb’s Over and Over, The Joffrey Ballet’s Billboards, Alvin Ailey, MoMix, Peter Pucci Plus, Hubbard Street Dance, and ABT, six musicals in repertory for The Kennedy Center’s Sondheim Celebration and the lighting design for pieces at The LaJolla Playhouse, The Alley Theatre, The Goodman Theatre, The Guthrie, The McCarter Theatre, The Hartford Stage, The Old Globe and The Shakespeare Theatre in Washington D.C.

Mr. Binkley is a five time Helen Hayes Award recipient and was awarded the 1993 Sir Laurence Olivier Award and Canadian Dora Award for Kiss of The Spider Woman.