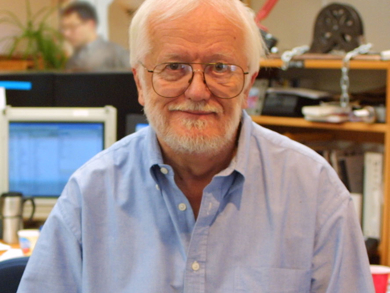 Richard Pilbrow will be signing his book at the annual Stage Lighting Super Saturday all day lighting workshop.

Richard says, "I started writing this book in 2007. I wanted to tell the story of times of quite extraordinary change in our world of theatre . . . but also to evoke some great excitement, times of triumph and disaster . . . and of the many magnificent people within TP, past and present, who made it ALL happen." What a great story this book tells. Richard goes on to say, "After 54 years TP survives, indeed flourishes. From under the stage of Her Majesty's Theatre, it now operates around the globe. How did this happen? Only through the talent, passion and commitment of dozens of special people." 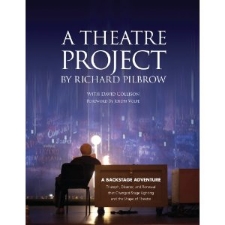 Here's more about Richard and the book from a recent press release...

This new book by Richard Pilbrow tells the story of an upstart company that began on a shoe-string budget under the stage of Her Majesty's Theatre, London, and went on to extraordinary success.

Theatre Projects, shook up the world of British theatre, establishing the professions of lighting and sound design, and theatre consulting, to become the world's leading theatre design firm. A THEATRE PROJECT takes the reader through the stage door, shares the thrills of producing in the West End, lights up Broadway, becomes part of the birth of the National Theatre with Sir Laurence Olivier, and travels the world as theatre designer.

Adventures and drama backstage—pioneering developments in lighting and sound—war stories on the road to Broadway and the West End—working with Harold Prince, Julie Andrews, Judy Dench and Paul Newman—discovering Topol—thrilling entrepreneurial success—over-expansion leads to disaster—a struggle for survival and renaissance—circling the globe designing theatres with architectural super-stars such as Frank Gehry—leading innovation that transforms the shape of theatre space. A THEATRE PROJECT is a spellbinding backstage adventure that will challenge, provoke, entertain, and inspire all who love the magical world of theatre.

Author Richard Pilbrow is the founder of Theatre Projects. He is a lighting designer, theatre, film, and TV producer, theatre designer and author. He was a pioneer of stage lighting in Britain and theatre consultant to the National Theatre of Great Britain. His books Stage Lighting and Stage Lighting Design have been international texts since 1970. Richard lives in Ridgefield CT, USA. 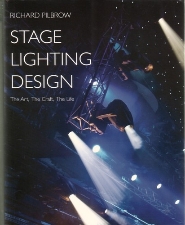